One of the world’s tallest monuments, a Catholic church built in neo-Gothic style and an extraordinary weights museum — Culture.ru sets off on a virtual walk to describe the most interesting places of Volgograd.

An 85-meter tall sculpture “The Motherland Calls” is the main monument of a memorial ensemble “Heroes of the Battle of Stalingrad” on Mamayev Kurgan. When it was built, it was the tallest statue in the world; now it holds the 9th place among the highest monuments.

The statue was designed by sculptor Yevgeny Vuchetich. It is not reinforced in any way and stands on the ground thanks to its weight. The Motherland Calls became the first monument in the USSR to be made entirely of armoured concrete. There are 200 steps leading towards the monument, symbolising 200 days of the Battle of Stalingrad.

The monument became a part of a sculptural triptych that also includes the monuments “Rear-Front” in Magnitogorsk and “Warrior-Liberator” in Berlin’s Treptower Park. The sculptural composition in Magnitogorsk depicts a worker who hands a sword he has forged to a warrior. “Warrior-Liberator” is the statue of a winning soldier holding a rescued child.

The Church of St. Nicholas Mirlikiysky

The Catholic church of St. Nicholas Mirlikiysky was built in Volgograd in 1899 for the descendants of the Volga Germans who practiced Catholicism. The church was constructed in new-Gothic style from burnt brick. Its façade is adorned with a decorative rosette and a lancet arch. Above the main entrance, there’s a bell-cote, with a spire on top of it.

Inside the altar, there are parts of St. Nicholas’s relics, brought there from the Italian city of Bari. It is also there that the image of the “Stalingrad Madonna” was found, which is a copy of the drawing by a German army doctor, Kurt Reuber. He created this drawing on a Soviet map with a charcoal during the Battle of Stalingrad.

The first collections of the future museum started to come together in 1990s — the exhibits were donated by workers of the Volgograd Weighing Equipment Plant. The museum opened its doors to visitors in 2009.

Today, among the items of the collection there are pharmaceutical scales of the first half of the 20th century, highly precise jewellery scales in a wooden case, and scales for newborns, as well as old promotional postcards, blueprints and manuals. The museum has an extensive collection of weights made of bronze, cast iron, lead and stone — not just from Russia, but also from America, European and Asian countries.

The Volgograd Museum of Fine Arts named after I. Mashkov

The Volgograd Museum of Fine Arts named after Ilya Mashkov is the only art museum in Volgograd Region. It opened on July 22, 1963. Its first exhibits were delivered there from the country’s biggest museums — the State Tretyakov Gallery, the State Hermitage Museum, and the State Historical Museum.

The exhibition of the Russian art of the 20th century contains works of Kuzma Petrov-Vodkin and Pyotr Konchalovsky, Alexander Samokhvalov and Aristarkh Lentulov, Ely Bielutin and Ernst Neizvestny. The museum also has a collection of 98 paintings and drawings by the artist Ilya Mashkov. The archive fund “Ilya Mashkov, Artist” contains Mashkov’s documents, photographs, and handwritten materials from the 1920s and 1930s.

The Volgograd Regional Museum of Local Lore was founded in 1914. Its first exhibits — paleontological finds, numismatic collections and archaeological items — occupied just two rooms in the House of Science. Today, the museum is situated in the buildings of the former local government and the Volga-Kama Commercial Bank, which are parts of the city’s historic and architectural heritage and date back to the late 19th and early 20th century.

Its exhibition contains historical documents and printed materials, glassware and ceramics, archaeological finds and ethnographic collections. One of its departments contains musical instruments such as harps, Russian guslis, cimbaloms and flutes. 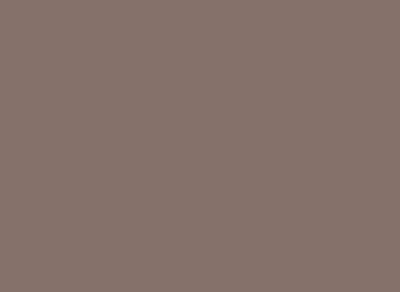