Samara stands on the largest river in Europe, the Volga. The city was founded in 1688 at the location of a fortress. It is home to one of the oldest museums in the Volga region, the Samara Regional Local History Museum. In Samara’s catholic cathedral, one can find a copy of a Salvador Dali’s painting, and Samara’s Choral Synagogue is considered one of the largest in Europe. The Culture.ru web portal picked the top 5 Samara attractions.

The P.V. Alabin Samara Regional Local History Museum is one of the oldest museums of the Volga region. It was founded in 1886. The museum’s collection can rival the funds of the famous Tretyakov Gallery: it contains over 180,000 exhibits.

The archaeological collection includes finds of the Stone Age and Bronze Age, medieval tableware, ancient buckles and jewellery.
The ethnographic exposition is dedicated to the culture and traditions of the peoples that inhabited the Samara region in the 19th and 20th centuries. The museum also stores weapons from various countries of the world as well as masterpieces by 16th to 20th century national weapon schools. The museum’s main building houses exhibitions dedicated to the nature of the region. There, one can see a rhinoceros skeleton, minerals, rock samples, fossilised animals and plants.

The Samara Regional Museum’s branches include Lenin’s apartment, the Frunze House Museum and the Modernism Museum.

The Volga Region Museum of Railway Machinery was opened in 2010 at a training range of the Samara State University of Transport and Communications. The museum is dedicated to the history of the Kuybyshev Railway from 1867 until today.

The Dashkovo station stores documents and photographs that tell the story of the railway. The station duty officer’s room contains late 19th century oak furniture with the monogram ‘SZ’, which stood for Samara-Zlatoust Railway, a 19th century railway man uniform, a Morse telegraph apparatus and a tea set.

The main exposition includes a mock-up of a Cherepanovs steam train, mainline and shunting locomotives, the first light rail train carriage of the Kuybyshev railroad line. In the museum’s open-air area, one can find ancient metal bridges’ truss nodes and samples of 1873-1949 track rails. The Ufa Children’s Railway is open for young visitors.

The Samara Space Museum and Exhibition Centre was opened in 2001 to celebrate the 45th anniversary of space engineering in Samara.

In the museum, one can find spacecraft, rocket mock-ups, photographs from the Moon surface, spacesuits and other exhibits.

The Sacred Heart of Jesus Church

In late 19th century, Catholics erected a wooden church in Samara, and in 1902, the foundation of a new stone church was laid down under the supervision of a Samara architect, Aleksandr Shcherbachov. Foma Bogdanovich, an architect of Polish origin, designed the project. The construction took 4 years. February 12, 1906, the church was solemnly consecrated.

This is an unusual church for a Russian city and it represents a neo-Gothic pseudobasilica. It is cross-shaped and decorated with ornamental turrets called pinnacles. The two main towers are 47 metres high. The entrance is decorated with a stained glass window depicting Virgin Mary. Until 1913, there was a large organ inside the church. Today, there is a fresco there, a copy of Salvador Dali’s painting Christ of Saint John of the Cross. The church’s main relic is hallows of Martin de Porres, a 16th century Peruvian priest.
The Sacred Heart of Jesus Church in Samara is a UNESCO World Heritage Site. Concerts of classical and spiritual music are held there.

The Samara Academic Opera and Ballet Theatre was opened June 1, 1931 with the opera Boris Godunov by the composer Modest Mussorgsky. A ponderous neo-classical building was erected in 1932 upon the project of Noah Trotsky.

Famous artists stood at the origins of the theatre, including conductor and composer Anton Eihenwald, Russian conductor Isidor Zak, the Bolshoi theatre’s director Joseph Lapitsky. During the Great Patriotic War, the theatre troupe performed at the Bolshoi’s stage.
Today, the Samara Academic Opera and Ballet Theatre is one of the largest musical theatres in the country. Its repertoire includes world’s classics of opera and ballet: Georges Bizet’s Carmen, Giuseppe Verdi’s La Traviata, Giacomo Puccini’s Madama Butterfly, Gioachino Rossini’s The Barber of Seville, Nikolay Rimsky-Korsakov’s The Snow Maiden and Pyotr Tchaikovsky’s The Queen of Spades. 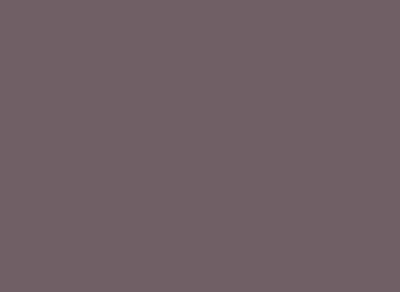